This site is intended for UK Healthcare professionals only

Are you a UK Healthcare professional?

We are unfortunately unable to allow patients to attend CPC

A group of Day Lewis pharmacists scooped the C+D COVID Hero Team Award 2020 for running a mile every day in November, collecting for a food bank as they did. Where are they now?

If you were walking along a country lane in Chippenham late one night back in November, you may have seen a figure clutching at a pack of toilet roll as they ran through the snow.

That person could have been Simon Harris, former Day Lewis pharmacist and now owner of Cadbury Heath Pharmacy and Health Clinic in Bristol, and he was running with a different kind of urgency.

He and several colleagues working for Day Lewis across the south west at the time had decided to challenge one another to run a mile a day throughout the second nationwide lockdown, picking up one item for the Trussell Trust food bank every time they ventured out. By the end of November, the group had not only accumulated approximately 28 hampers containing 30 items each for the charity, but had picked up C+D's COVID Hero Team Award as well.' 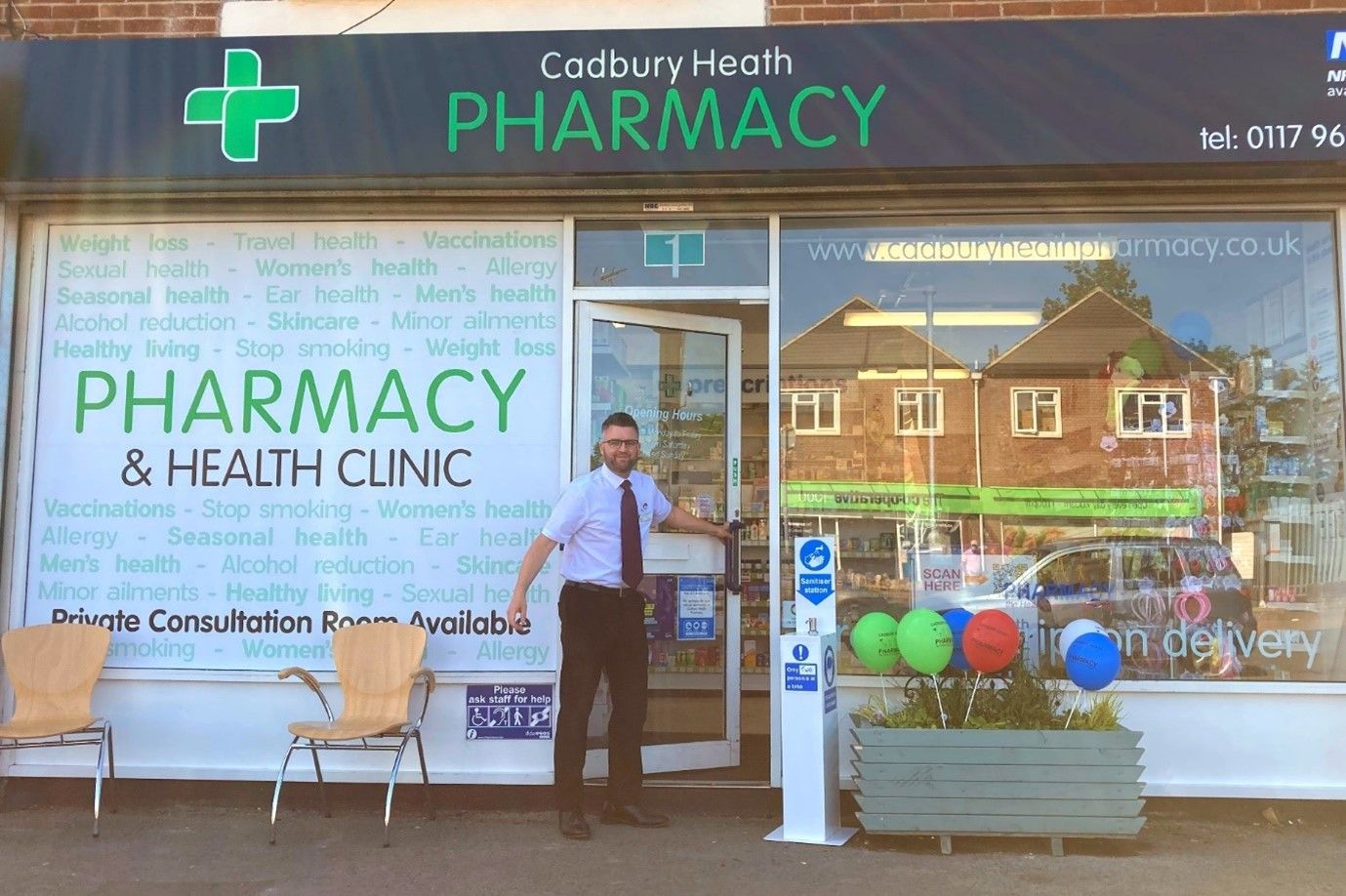 Mr Harris (pictured above) - the group's organiser - explained that it had occurred naturally after a colleague of his, Hannah Tearall, had asked for tips to get back into running.

"The second lockdown was really tough for everybody", Mr Harris tells C+D. "It was a horrible time of year; the weather was horrible. I was working in pharmacies, and I could see how it was affecting all our colleagues".

From the first two runners, the idea "ballooned" to account for "how we can look after ourselves both physically and mentally and also support our local communities", Mr Harris adds.'

Members of the running group would send images of themselves on their run every day as motivation for the others, and soon family and friends had joined as well.'

As the group is spread across the south west of England, on a few occasions they organised to run together virtually using a running app - though Ms Terall explained this was not without its technological hitches. Not only was getting everyone to start at the same time tricky, but the app they used at one point registered one of the runners going through a lake.

"Knowing that everybody was doing it made such a difference, because some of the mornings were pitch black. It was hammering it down; a couple of times, it was snowing", Mr Harris says.

Ms Terall (pictured below), Day Lewis regional support manager for the Somerset area, says: "It was good to have that support base. It also helped make me stick to [the programme] as well".

Though perhaps not one mile a day, as far as Mr Harris is aware every member of the group has continued running since November, and Ms Tearall says the group still do the occasional virtual 5k run.'

Maddie Kincaid, a Day Lewis locum coordinator for the south-west region, who only began running last November, says she "really got into it" throughout the third nationwide lockdown, and completed her own personal challenge of doing a 10k run before the end of 2020, "which was an absolutely massive feat for me".

For Ms Tearall - who came back from maternity leave three months early due to the COVID-19 pandemic - running was a "release" from the stresses of work and home life.

Ms Kincaid said that despite the dismal weather, "the idea behind it of knowing that you were going to help some people and raise a bit of awareness was definitely worth it".

After a number of years working for Day Lewis, Mr Harris left the pharmacy chain in April this year to run his own pharmacy. When C+D caught up with him at his Cadbury Heath Pharmacy, he had been for a run that morning and was in training for a half marathon.'

"I think it's really important to get that right balance between physical and mental wellbeing," he tells C+D. "Obviously, setting up [my] own pharmacy's been a real, real challenge - really stressful. It's been important to me to make sure I maintain something that isn't all related to work".

In the approximately eight weeks that Mr Harris has been there, he says a rejuvenation of the suburban high street has occurred ' and he has encouraged collaboration among the business.

"This pharmacy has always been a well-used pharmacy. And that's really why I kind of saw it as an opportunity. But in order for it to work, we as a community all have to work together,' Mr Harris says. 'I guess pharmacy is going to be at the heart of it.'

Mr Harris explains that a group who meet in the library have invited him to give a talk at one of their meetings, and he is joining leafleting forces with the hairdressers next door ' one of the two new businesses that have appeared since his pharmacy opened.

However, Cadbury Heath Pharmacy has also been collaborating with the Juice Community Project around the corner, giving the food bank excess stock ' something Mr Harris was inspired to do by his earlier running.

"It's also helped open my eyes in terms of, now I own my own pharmacy, how I can support the local food bank ' which is literally just run around the corner ' both financially in terms of donations, but also in terms of support".

Do you think you could win a C+D Award? Get inspiration by reading about each of last year's C+D Award winners, runners-up and shortlisted entries, or click below to learn about this year's categories and to enter.'